VIRUNGA NATIONAL PARK DR.CONGO THE HOME OF THE 3 TAXA OF GREAT APES

Virunga National Park in the eastern Democratic Republic of Congo is a UNESCO World Heritage Site, located on the border of Uganda and Rwanda. Virunga National Park is the oldest national park in Africa and has the biggest population of mammals, birds and reptiles in the African continent. It covers an area 7800Km2 (3000 square miles) (790,000 ha), that includes forests, savannas, lava plains, swamps, erosion valleys, active volcanoes, and the astonishing glaciated peaks of Rwenzori mountains.
The only park in the globe that hosts three taxa of Great Apes, Virunga national park in the Democratic Republic of Congo is most famous for housing up to about a quarter of the world’s critically endangered mountain gorillas, and the other two Great Ape species, the eastern lowland Grauer’s gorillas and chimpanzees. Virunga National park is also home to the Okapi, a threatened species that resembles a zebra but is more closely related to the giraffe. Large colonies of hippopotami, forest and savanna elephants, lions, and numerous rare bird species can also be found in the park.More info about Virunga Park DR.Congo

Safaris Made In DR.Congo

Virunga National Park in Congo, inhabits the sensational Mountain Gorillas and a number of other animals like chimpanzees-99% human like ape, hippopotami, bird species, forest and Savannah elephants and lions. The park is also notorious for its two remarkable active volcanoes of Mt. Nyiragongo and Mt. Nyamuragira set in the massifs of Rwenzori and Virunga`s mountains. A detailed list of attractions includes;

Chimpanzees in the Virunga National Park 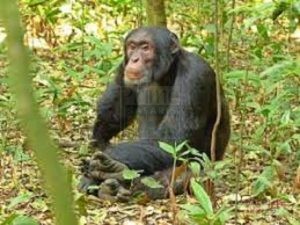 Habituation of Chimpanzees in Congo-Virunga National Park has provided chimpanzee trackers in Congo with remarkable experience. Chimpanzees are the most related apes to humans (99% similar to human genes). Click here for more

Wildlife In the Virunga National Park

The Rift Albertine region houses more endemic vertebrate species than any other region on the African continent and Congo-Virunga national park contains several examples of them. About 218 species of animals are recorded..Read More 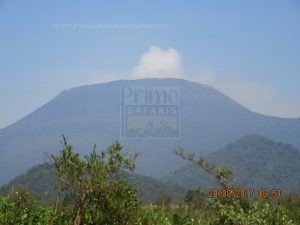 Virunga National Park is unique with its active chain of volcanoes afro-montane forest belts to unique afro-alpine vegetation and permanent glaciers and snow on Mount Rwenzori.
Click for more 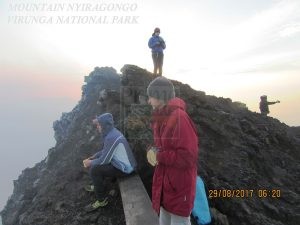 Nyiragongo is just the second reason after gorilla tracking that Virunga National Park is an active travelers dream.
Read More 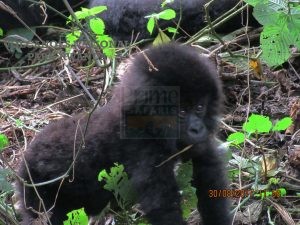 Watch the bubbling cauldron from a safe distance and get a sense of the Earth’s fiery heart as the lava heaves, breathes and pops with hot gases. Read More

The Vegetation In the Virunga National Park

The summit rim of mount Nyiragongo is mostly bear with no vegetation and usually covered with snow.
Read More</a

A number of activities are done in Virunga National Park which includes birding, nature walks, both Gorilla and Chimpanzee trekking, Mt. Nyiragongo hiking and hiking to Senkwekwe orphanage. Tourist activities in Congo`s Virunga National park are detailed as below. 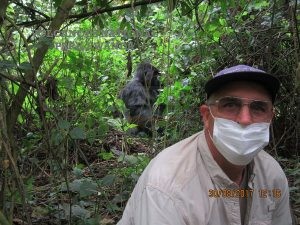 Gorilla tracking in Congo is a life changing experience that will secure you with eternal memory about Gorillas!
more info

Chimpanzees Habituation in the Virunga Park

Chimpanzee tracking in Virunga National Park is made easy! tourists to Congo can do Chimpanzee habituation in Virunga.
more info 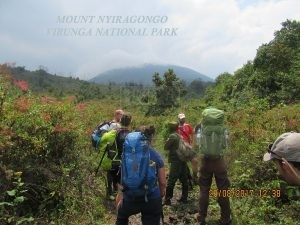 Mt. Nyiragongo is a stunning volcano enclosed with vegetation and sometimes is dusted with snow .
more info

Watching different species of birds using either your ears or eyes, telescopes, binoculars in their natural habitat is a way of relaxation
more info

Where to Stay in Virunga National Park

Where to Stay on your Trip To Virunga National Park DR.Congo 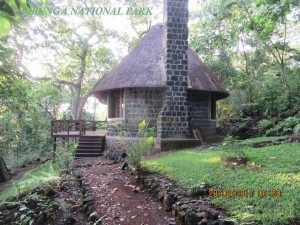 The Mikeno Lodge in the Virunga National Park is a 90minute drive from Goma and offers large bungalows and a good restaurant.
click here for more 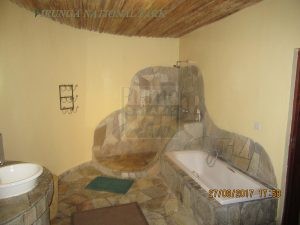 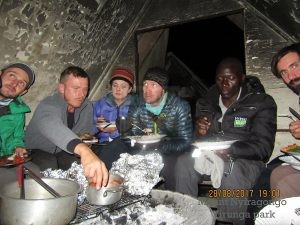 Tchegera Island Camp is good place to escape the hustle and bustle of Goma or to relax after climbing Nyiragongo volcano.
click here for more

Each of the twelve summit shelters contains two single beds on which visitors can put their sleeping bags.
click here for more

Safaris Made In DR.Congo